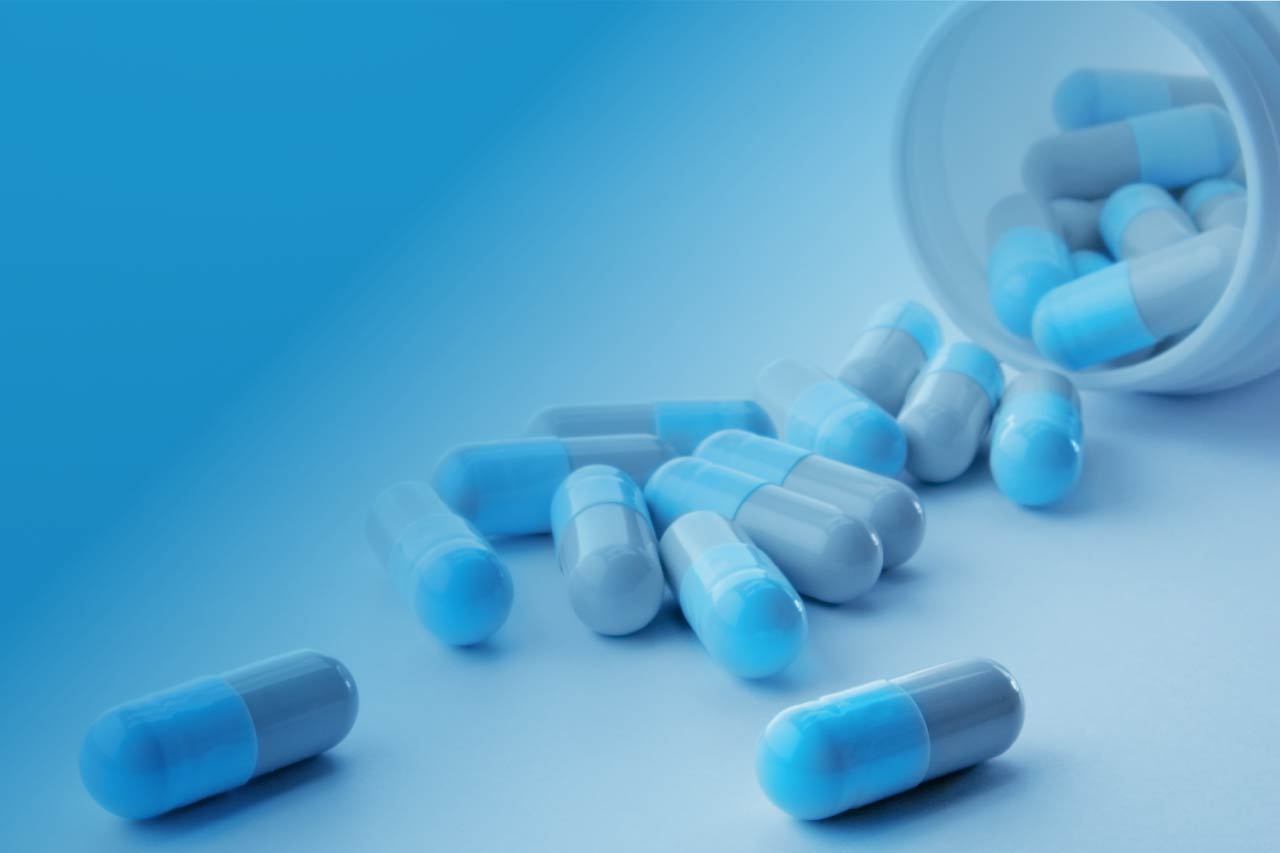 We can bring you essential data to better select compounds,

then find the best one

Help to select the best model, the best operating conditions

If your model undergoes metabolism variations, and if metabolic state of your model can vary over time (i.e cell metabolic status differs between cell batches), you may obtain non reproducible results. So, by analyzing cell metabolism status, we can help you choose the best possible model, so to say, the best operating conditions to be set (cell type, confluency, age of the culture, exposure kinetics, exposure time, etc…) in order to get a control group as reproducible as possible, fully adapted to the question you are asking. Thus, you will be able to better analyze yielded results with the different compounds you test. This step is often neglected because people often think that they control their cell model, but our experience shows that this is not always the case. Such kind of study can uncover variations that investigators did not suspect at start.

General aim is to reduce variability from one crop unit to another in order to reduce standard deviations of results in each group. Once operating conditions are better controlled, observed results are more easily comparable between them and differences between groups may be more significant.

We can help you choose the most active and least toxic dose of your selected compound.

We can help you to find the optimal contact time of your compounds with your model, in order to obtain the best effect ..

Finally, once the dose and time effects are correctly determined, we will be able to help you to define the best compound with the best formulation by comparing with other candidates.

Be a partner to your research, from early to final stages

As we can carry out all our analyses on any type of cell or tissue, that we are not species dependent, we can support you at every stages of your research.

Our analyses are always done with the same technology, whatever the biological medium tested. This will allow you to better follow your markers without any risk to suffer knowledge loss related to technical changes even when switching from one model to another.support

For many pharmaceutical companies, drug safety assessments are still made fairly late in the drug discovery process. However, it is clear that safety testing should be one of the first steps in the selection of lead compounds, especially when a great variety of compounds exist to support the creation of structure-activity relationships. The adoption of newer in vivo, in vitro and in silico tools and the use of new and promising technologies must be the priority for pharmaceutical companies in order to increase drug safety.

It is now apparent that mitochondrial toxicology has become an area of interest to the industry, since a primary assessment of mitochondrial toxicity of a range of compounds can be performed in a fast and relatively inexpensive way, avoiding some later human toxicity problems that may arise during subsequent testing stages or even during clinical use. Indeed mitochondrial dysfunction is increasingly implicated in the etiology of drug-induced toxicities. Members of diverse drug classes undermine mitochondrial function, and among the most potent are drugs that have been withdrawn from the market, or have received Black Box warnings from the FDA. To avoid mitochondrial liabilities, routine screens need to be positioned within the drug-development process. We should expect to see in the future an increasing number of pharmaceutical companies establishing protocols to assess mitochondrial toxicity of novel molecules under study in a fast and inexpensive way.

Since the dominant function of mitochondria is the production of cellular energy through OXPHOS, the assessment of mitochondria health and impairment has become the focal point of mitochondrial analysis. However, most traditional techniques for such analyses suffer from low throughput, time-consuming mitochondrial isolation steps and the non-physiological conditions associated with the detachment of mitochondria from the cellular environment. INTEGRACELL quantitatively detect multiple intact mitochondria OXPHOS complexes from cell lysates or tissue extracts. These panels demonstrate the potential broad applications in the study of mitochondria dysfunction-associated diseases in order to better understand disease mechanisms and to discover potential treatments. They can potentially be used in the drug development process to predict mitochondrial impairment-linked drug-induced toxicity, thus correspondingly reducing late-stage drug attrition and improving drug safety.

The liver is a particular target for drugs because of its role in clearing and metabolizing chemicals. The parent drug, or more frequently its metabolites, may either affect critical functions or elicit an immune response. This often occurs in an unpredictable (idiosyncratic) fashion, implying that environmental and genetic factors alter susceptibility to these adverse events.

Hepatotoxicity has historically been a major problem in drug development and was a leading reason for drug withdrawal. The frequency and economic impact of this problem is a major challenge for the pharmaceutical industry and regulatory bodies, especially since the toxic potential of many drugs has not been evident in preclinical studies and may even be missed in Phase I to III clinical testing. Coupled to identification of hepatotoxic potential is the dilemma of evaluating risk versus benefit.

Drug-induced liver injury (DILI) can be classified as either intrinsic DILI (inDILI) or idiosyncratic DILI (iDILI). Whereas in inDILI (DILI caused by direct toxicity to hepatocytes) a strong correlation between dose and hepatotoxicity is generally found, iDILI is not necessarily dose-dependent (but evidences suggest that the risk for iDILI may increase with the total daily dose). DILI diagnosis remained a challenge in 2021. Aside causality assessment tools, such as RUCAM and others, reliable biochemical tests are strongly mandatory. As DILI is multifactorial, including the formation of reactive metabolites and reactive oxygen species (ROS), the disruption of mitochondrial function, the induction of inflammatory reaction as well as imbalances between cellular damage and protective responses, it is important to implement multiple assays to assess the DILI potential in vitro. The INTEGRACELL panel dedicated to DILI associates to conventional hepatotoxicity markers (ALT, ALP, bilirubin…) mitochondrial and ROS evalution as well as inflammatory markers known to be involved in DILI.

Drugs are a common source of acute kidney injury. Compared with 30 years ago, the average patient today is older, has more comorbidities (higher incidence of diabetes and cardiovascular disease), take multiple medications, and is exposed to more diagnostic and therapeutic procedures with the potential to harm kidney function. Most drugs found to cause nephrotoxicity exert toxic effects by one or more common pathogenic mechanisms. These include altered intraglomerular hemodynamics, tubular cell toxicity, inflammation, crystal nephropathy, rhabdomyolysis, and thrombotic microangiopathy.

Drugs that cause tubular cell toxicity do so by impairing mitochondrial function, interfering with tubular transport, increasing oxidative stress, or forming free radicals. They can also generate inflammatory changes in the glomerulus, renal tubular cells, and the surrounding interstitium, leading to fibrosis and renal scarring (glomerulonephritis, chronic and acute interstitial nephritis…). The INTEGRACELL panel dedicated to DIKI associates to conventional nephrotoxicity markers (creatinine, cystatin, lipocalin) mitochondrial and ROS evalution as well as inflammatory markers known to be involved in nephrotoxicity.

Cardiotoxicity commonly refers to toxicity that has a detrimental impact on the heart, which might finally lead to myocardiopathy such as arrhythmia, myocardial infarction and myocardial hypertrophy. Drug-induced cardiotoxicity is an important cause of attrition of compounds in preclinical and clinical development. It represents one of the most serious side effects associated with novel drug development. Almost all therapeutic drug classes have unanticipated cardiotoxicities. However, cardiotoxicity induced by chronically administered drugs, such as neurologic/psychiatric agents and anticancer chemotherapeutic agents, represents a major problem because toxicity may become evident only after long-term accumulation of the drug or its metabolites.

Cardiomyocyte death or damage concomitantly takes place with the progression of cardiotoxicity, indicating that drug-induced cardiomyocyte death may be the main cause of cardiotoxicity. Reactive oxygen species serve as a main driver and mitochondrial dysfunction has been shown to be an important feature in drug-induced cardiotoxicity. Aside classical cardiac markers, the INTEGRACELL panel dedicated to DIHI associate mitochondrial and oxidative stress markers to inflammation markers.

Several models can efficiently be addressed by our platform. These models will fit with all human medical applications where metabolism dysfunction is involved.

The involvement of oxidative stress in Alzheimer’s disease (AD), Parkinson’s disease (PD), and amyotrophic lateral sclerosis (ALS), suggest that free radicals play important roles in the onset and progress of neurodegenerative process. The investigation of mitochondrial diseases as a model of neurodegenerative disease, is useful for defining the role of these organelles in normal and pathological conditions.

A chronic elevation of glucose leads to the generation of reactive oxygen species (ROS), resulting in increased oxidative stress in β-cells. As a result, β-cells become worsened with respect to both insulin secretion and action due to their ability to directly damage and oxidize DNA, protein, and lipids. In addition to macromolecular damage, ROS can activate a number of cellular stress-sensitive pathways that have been linked to insulin resistance and decreased insulin secretion. In order to neutralize ROS, cells are equipped with antioxidant defense mechanisms capable of combating oxidative stress. Intriguingly, compared to other tissues, β-cells have a lower abundance of antioxidant defense enzymes such as superoxide dismutase, catalase, and glutathione peroxidase. Thus, due to the low antioxidant defense status of islets, excessive ROS lead to oxidative stress during β-cell dysfunction.

Preclinical and clinical data have demonstrated the considerable potential of mitochondria targeting approaches, and potential therapeutic applications span a broad range of pathological conditions. Clearly, a better understanding of the mitochondria biology is still needed to enable the design of the most beneficial therapeutic approach with respect to the modulation of the redox balance of the targeted cells. Nonetheless, the increasing prevalence of age-related disorders calls for innovative solutions, and mitochondria drugs clearly have the potential to emerge as a key platform technology for the next generation of medicines.

As an important part of patients monitoring during clinical phases, markers of cellular metabolism will become an indisputable mean to precisely evaluate drug normal or side effects.