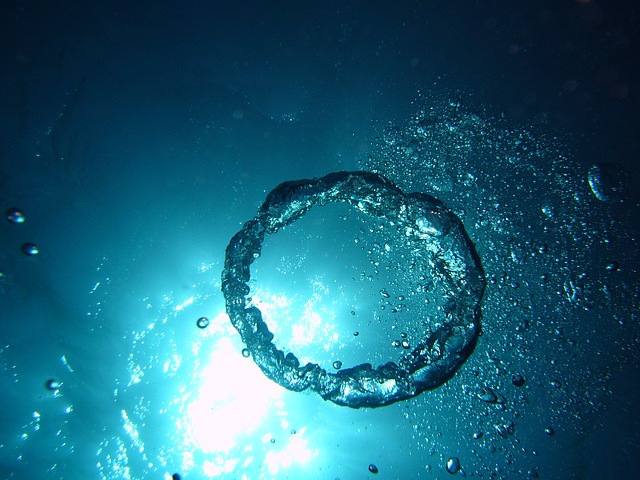 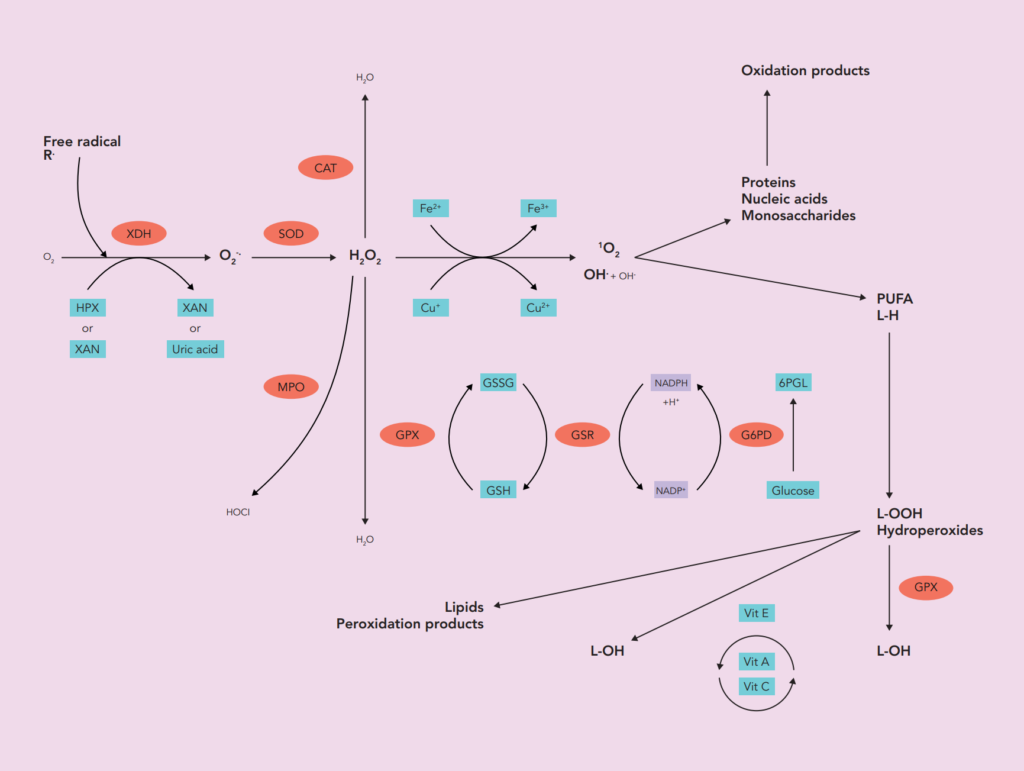 Oxidative stress is well known to be involved in the pathogenesis of lifestyle-related diseases, including aging, atherosclerosis, hypertension, diabetes mellitus, ischemic diseases, neurodegeneration and/or malignancies.

Oxidative stress has long been defined as highly detrimental in humans as oxygen free radicals attack then destroy biological molecules such as lipids, proteins, and DNA. However, oxidative stress also has been shown to play a useful role in physiologic adaptation and in intracellular signal transduction regulation. Therefore, a more useful definition of oxidative stress may be “a state where oxidative forces exceed the antioxidant systems due to loss of the balance between them.” The balance is not perfect, however, so that some free radicals-mediated damage occurs continuously.

In normal physiological situations, Radical Oxygen Species (ROS) are constantly produced in our organism, where they even play several physiological roles, and their production is regulated by an efficient antioxidant defense (vitamins, oligoelements, proteins and enzymes) to prevent excessive cell damage.

All situations either physiological (prolonged exposure to pollution or sunlight, heavy consumption of alcohol and/or drugs, unbalanced physical activities, smoking, oxidant deficient diets…) or pathological  that will induce a deterioration in our antioxidant defense system will drive an overproduction of ROS in cells. The unstable nature of the latter makes them particularly reactive and capable of inflicting major cell damage by causing breaks and mutation in DNA, by inactivating proteins and enzymes, by oxidizing sugars, and by inducing lipid peroxidation among the polyunsaturated fatty acids of lipoproteins or of the plasma cell membrane. As a resultant response, altered sugars, lipids, proteins, even DNA will induce apoptosis in otherwise healthy cells or activate various genes coding for pro-inflammatory cytokines or adhesion proteins.

Toxic effects of free radicals can affect either changes in intracellular redox potential, gene activation and oxidative modification of lipids, proteins and DNA. Most of the prooxidative markers belong to the latter mechanism.

Lipids are reported as one of the primary targets of ROS. Hydroperoxides have toxic effects on cells both directly and through degradation to highly toxic hydroxyl radicals. They may also react with transition metals like iron or magnesium to form stable aldehydes, such as malondialdehyde (MDA), that damage cell membranes or lipoproteins (oxidized LDLs). Secondary products of lipid peroxidation are produced among which figure either isoprostanes (prostaglandin (PG)-like substances that are produced in vivo independently of cyclooxygenase (COX) enzymes, primarily by ROS peroxidation of arachidonic acid) or another major toxic aldehyde 4-hydroxy-2,3-nonenal (HNE), which is produced by the oxidation of ω-6 polyunsaturated fatty acids (arachidonic, linolic and linolenic acids)).

Protein peroxidation can be processed either by MDA and HNE secondary oxidation of protein structures but also by metal oxidation as the reduced metal form (Fe2+, Cu2+) may reduce peroxide to hydroxyl radical or pheryl radical (Fenton’s reaction) that will attack aminoacids. Therefore metal status evaluation is important (total iron, ferritin) as well as oxidatively modified proteins. Nitrotyrosyl residua indicate the presence of increased synthesis of peroxynitrite, i.e. nitric oxide and superoxide.

Oxidative damages of DNA that are most frequently manifested by base loss and formation of abasic sites (AP site), unilateral cleavage of DNA chain and sugar modification. These modifications can also lead to DNA double strand bilateral breakage that is a highly mutagenic event. The most commonly used marker of oxidatively modified DNA molecule is 8-hydroxy-2’-deoxyguanosine (8-OHdG).

Antioxidants constitute the major defense system of our organism against ROS and free radicals. Their level can be largely modulated by nutritional diet. Because all these antioxidants do act synergically, it is important not only to measure their absolute concentration but also the ratios existing between them.