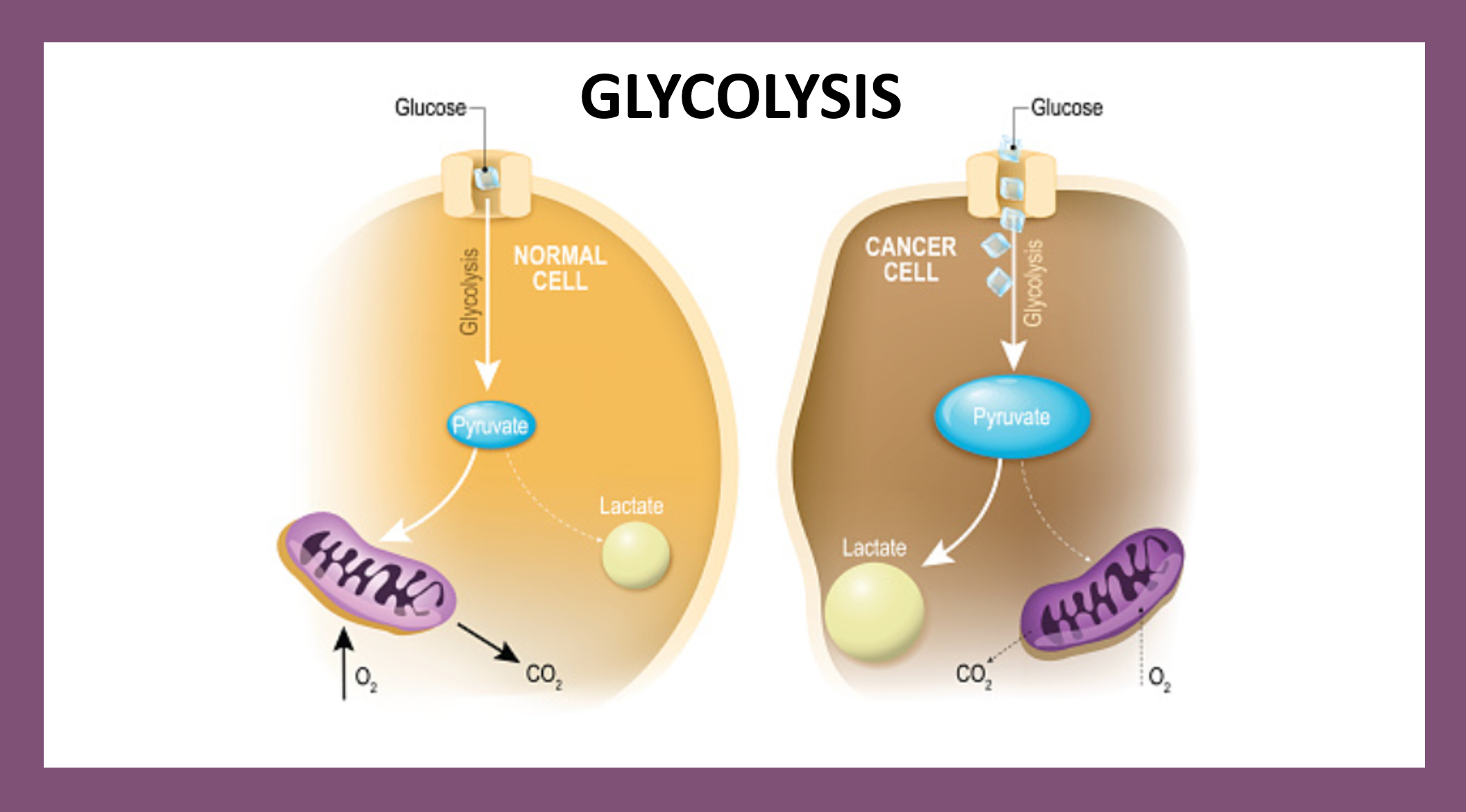 04 Déc Glycolysis, one possible way to get energy 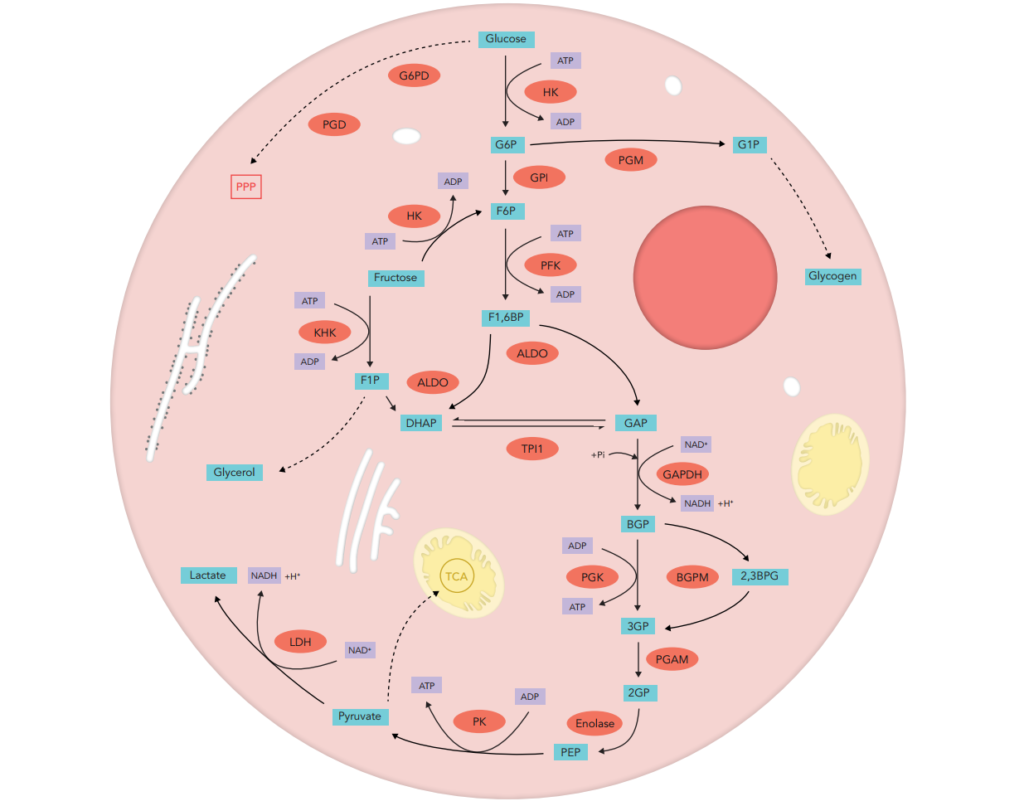 Glucose is the major energy source for mammalian cells as well as an important substrate for protein and lipid synthesis. It enters from extracellular fluid into the cell through two distinct families of structurally related glucose transporters. Once in the cells, glucose is transformed through the Glycolysis generic pathway.

The first step of glucose conversion concerns its immediate phosphorylation into glucose 6-phosphate (G6P)  through the hexokinases family : hexokinase 1,2,3 (HK1-3) and glucokinase (hexokinase 4, HK4). Primary reason for immediate glucose phosphorylation is to prevent its diffusion out of the cell. Phosphorylation that adds a charged phosphate group has two main consequences: (i) G6P because of its negative charges cannot easily diffuse through cell membrane, and (ii) the addition of the phosphoryl group begins to destabilize glucose, thus facilitating its further metabolism. The next step converts G6P to fructose 6-phosphate (F6P) by glucose phosphate isomerase (GPI). Then phosphofructokinases (PFKs, displaying three main isoforms: muscle (PFKM), platelet (PFKP), liver (PFKL)) attach the second phosphate group to F6P generating fructose 1,6 bisphosphate (F1,6BP). Aldolases (ALDO) are ubiquitous enzymes that catalyze the reversible aldol cleavage of F1,6BP to either dihydroxyacetone phosphate (DHAP) or glyceraldehyde 3-phosphate (GAP). These products consist of three-carbon units rather than six-carbon units. In humans, several aldolases isozymes, aldolases A,B,C, with different tissue distributions and kinetics exist (ALDOA in muscle and red blood cell, ALDOB in liver, kidney, and small intestine and ALDOC in brain and neuronal tissues). GAP is on the direct pathway of glycolysis, whereas DHAP is not. These compounds are isomers that can be readily interconverted : DHAP is a ketose, whereas GAP is an aldose. The isomerization of these three-carbon phosphorylated sugars is catalyzed by triosephosphate isomerase (TPI). This reaction is rapid and reversible and at equilibrium, DHAP represents 96% of the triose phosphate pool. However, the reaction proceeds readily from DHAP to GAP because the subsequent reactions of glycolysis remove this product.

GAP is metabolized to 1,3-bisphospho-D-glycerate (1.3BPG) by glyceraldehyde-3-phosphate dehydrogenases (GAPDH1,2) enzymes. Phosphoglycerate kinases 1 et 2 (PGK1,2) catalyze the reversible transfer of a phosphoryl group from 1.3BPG to ADP which results in formation of 3-Phospho-glyceric acid (3PG). 3PG is enzymatically converted into 2-Phospho-glyceric acid (2PG) by phosphoglycerate mutase (PGAM) that displays several isoforms (PGAM1 in brain, PGAM2,3 in muscle and a multifunctional enzyme 2,3-bisphosphoglycerate mutase (BPGM) that converts 1.3BPG into 2,3-bisphospho-glycerate (2.3BPG), one of the major regulator of hemoglobin affinity for oxygen. After water release, catalyzed by different enolases (ubiquitarious α-ENO=ENO1, muscle β-ENO=ENO3, neuronal ϒ-ENO=ENO2), phosphoenolpyruvate (PEP) is formed. Then PEP is converted to pyruvic acid, the end product of glycolysis, by pyruvate kinase (PKLR in liver and RBC and PKM in muscle).

Pyruvic acid can then be either transformed into lactate through enzymatic action of lactic acid dehydrogenases (LDH, LDHA in muscle, LDHB in heart, LDHC in germ cells) or into acetylcoA by pyruvate dehydrogenase (PDH) that can be the major substrate of the tricarboxylic acid cycle in mitochondria.