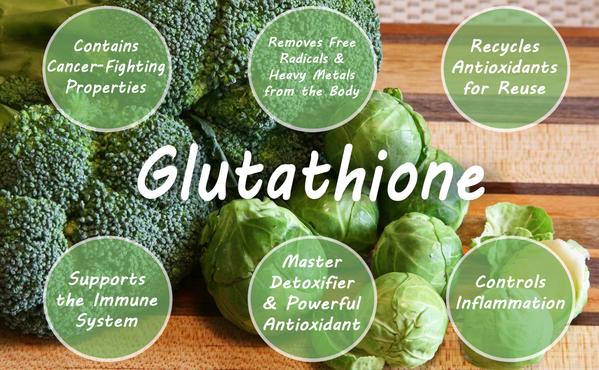 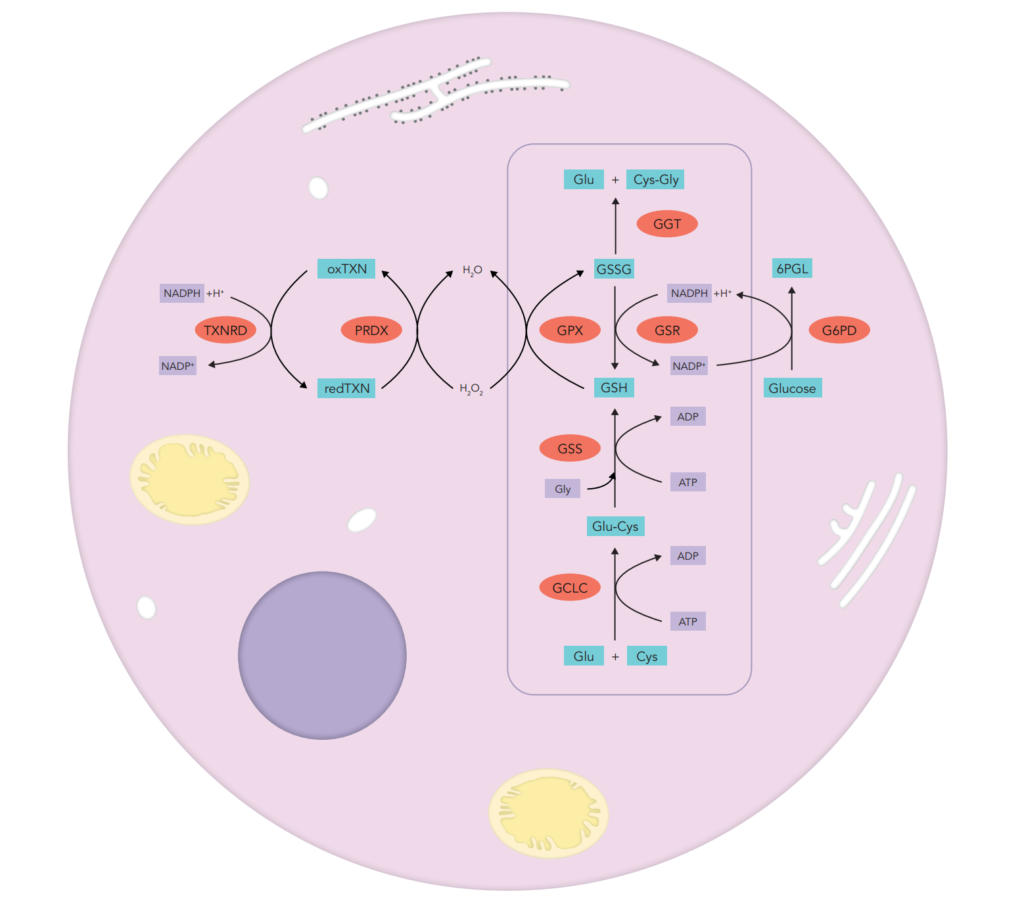 Glutathione, a non-protein thiol containing molecule, is a fundamental antioxidant in plants, animals, fungi, and some bacteria and archaea, preventing damage to important cellular components caused by reactive oxygen species such as free radicals and peroxides. In mammals, the liver is the largest glutathione reservoir.

Glutathione can be found in the cell in two forms. Reduced glutathione (GSH) is a linear tripeptide of L-glutamine, L-cysteine, and glycine. As electrons are lost, the molecule becomes oxidized, and two such molecules become linked (dimerized) by a disulfide bridge to form glutathione disulfide or oxidized glutathione (GSSG). This linkage is reversible upon re-reduction. Hence, GSH is under a tight homeostatic control at both intracellular and extracellular levels. A dynamic balance is maintained between GSH synthesis, recycling from GSSG/oxidized glutathione, and utilization.

GSH recycling is mainly catalyzed by glutathione disulfide reductase (GSHR), which uses reducing equivalents from NADPH to reconvert GSSG to 2GSH. Thus, NADPH is mandatory to GSH recycling and is given by glucose-6-phospahte dehydrogenase (G6PD), an enzyme involved in the pentose monophosphate pathway.The reducing power of ascorbate helps to conserve systemic GSH. GSH can also resulted from conjugation of L-Cysteinyl-glycine with L-Glutamic acid, a reaction catalyzed by gamma-glutamyltranspeptidases (GGT).